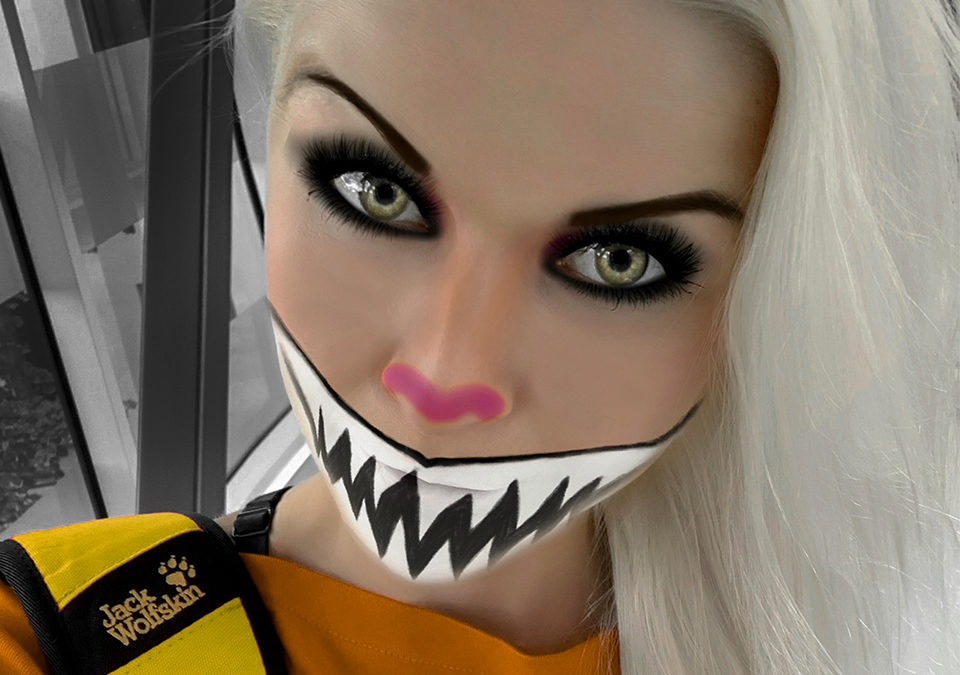 We don’t celebrate Halloween in Finland, actually. We don’t go to Trick or Treating, make pumpkin pies, wear costumes, we don’t do those things. This year was actually the first one I saw some Halloween balloons at market. Every year we have had some tiny piece of costumes available, like masks, at markets, but they are nothing like elsewhere in the world. Our Halloween is just commercial thing that no one take seriously.

The first time I heard about Halloween was when I was 5 years old, grandma read the newspaper and said “oh, it’s Halloween today”. I asked what does it mean, and she told me horrible horror stories about Dracula, and made me watch that movie with her at night. Holy cow, I scared all night long and hugged grandma tight while she was snoring. The next Halloween she showed me The Halloween movie, I haven’t watched it after that, because it was so crazy scary and only an idea of watching it again makes me feel sick. So I grew up for scaring Halloween, actually. This changed last fall when I very accidentally watched Disney Coco after BenBen’s therapy. And it became my own Halloween tradition by that.

Día de los Muertos is very interesting day to me, I love the idea our passed friends and family members visit us on that special day. Okay, the idea on my mind is now exactly the same as on Coco movie, I don’t know if it’s good or bad thing. Last time when something like this happened was when I watched Toy Story 3, and by that I thought landfill is exactly the similar place like on this movie. Years later the garbage truck accidentally took Bean’s teddy with, and we drove like crazy behind it. When we got there and I saw and smelled the landfill, I was in shock. The reality was totally different than what Toy Story 3 made me to believe. We never got teddy back, but this experience made me understand things are not what it looks like in Disney movies. And.. here we go again with Coco Loco and Día de los Muertos, haha! I still want to hang on this idea.

Anyway, today I am celebrating Halloween, or, should I say Día de los Muertos. I have no idea, I just love the idea. Picasso looks so special in everyone’s eyes, so they actually have no idea if he is wearing a costume or not. Gosh, this makes me laugh! Another funny thing is that on Coco movie the dog called Dante is the same breed Picasso has, too. If you haven’t watch the movie yet, it’s time to do it now!

I don’t know about Halloween or Día de los Muertos traditions so much, but if it includes visiting at cemetery, I didn’t do that. To me it’s very normal day with having fun in crazy make up, enjoying of good meal in the best company, talking about everything between life and death, making pumpkin lantern with my kid and watching Coco. I don’t go to Trick or Treating, but I make sure I have some treats to pamper myself with while watching movie!

Wish your Halloween was a great one, as well!

WE ARE ALL EQUAL